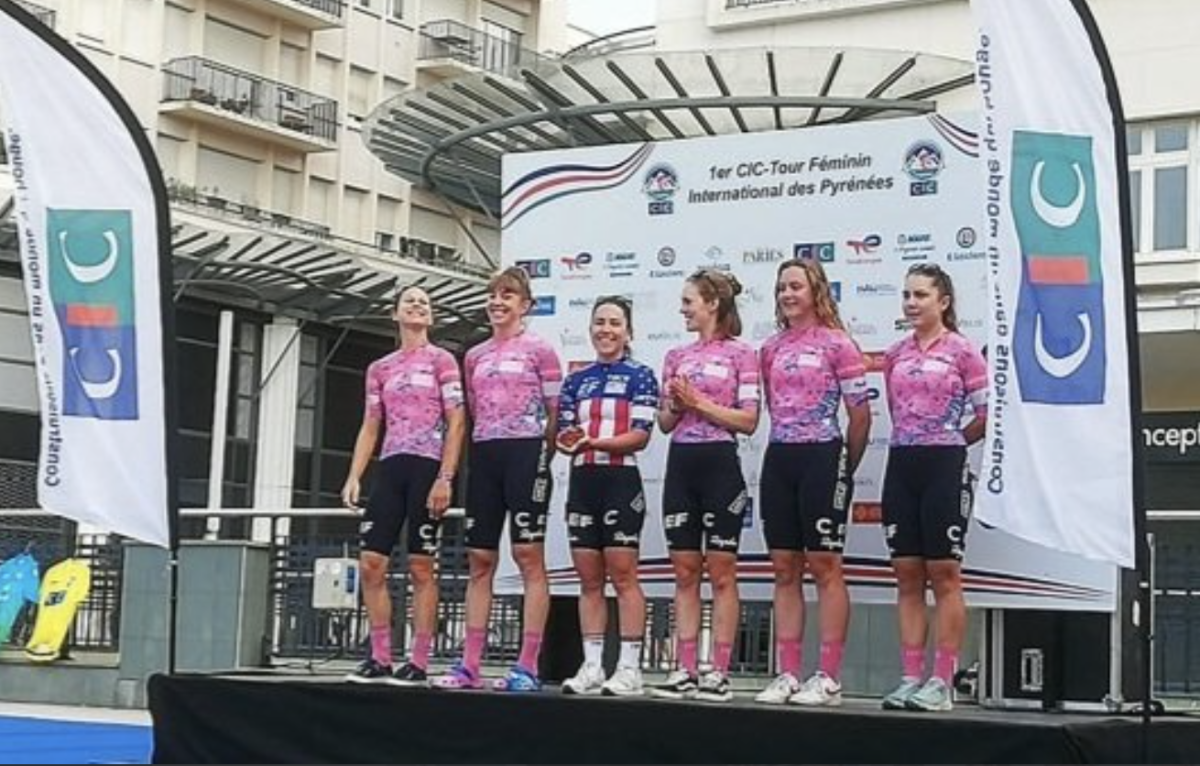 Emily Newsom pulled on the chief’s yellow jersey as her EF Training-TIBCO-SVB squad received the staff time trial to open the four-stage, three-day CIC Tour Féminin Worldwide des Pyrénées.Human Powered Well being rode to second place within the 27.4km TTT from Artiguelouve to Lacq, protecting the course 56 seconds behind EF Training, to place two US-based groups on the rostrum. BePink was third, 1:31 again.Among the many 17 groups participating within the inaugural version of the stage race, the pair of Girls’s WorldTour squads set the hierarchy for the subsequent spherical of competitors, with Stage 1b happening Friday afternoon  on a 75.93km hilly course round Pau.Driving with Newsom to comprise the highest six within the early GC standings for the primary street stage had been Krista Doebel-Hickok, Clara Honsinger, Sara Poidevin, Zoe Bäckstedt and Emma Langley. Bäckstedt took the primary greatest younger rider jersey.Katie Clouse will lead the Human Powered Well being squad on the second stage in seventh place general, adopted by three teammates who crossed the TTT end collectively  – Nina Buijsman, Eri Yonamine and Kaia Schmid. Mieke Kröger and Evy Kuijpers had dropped off the tempo within the race towards the clock and journey the second stage 1:35 again.Due to huge time gaps, which stretched out to five:54 for Canyon-SRAM, organisers revised the GC to separate the groups by increments of 5 seconds. This gave Newsom and her teammates a five-second lead over 4 riders of Human Powered Well being, and 10 seconds over 4 riders of BePink. The ultimate staff to cross the TTT collectively, Canyon-SRAM, would begin stage 1b 1:20 again, its 4 riders with this time being Ricarda Bauernfeind, Agua Marina Espinola, Valantine Nzayisenga, and Olivia Shililfa. Ten different riders from varied groups had slower instances posted.Outcomes powered by FirstCycling (opens in new tab)

‘Time is operating out and we have to act now’: Luis Ángel Maté on taking motion to assist the atmosphere