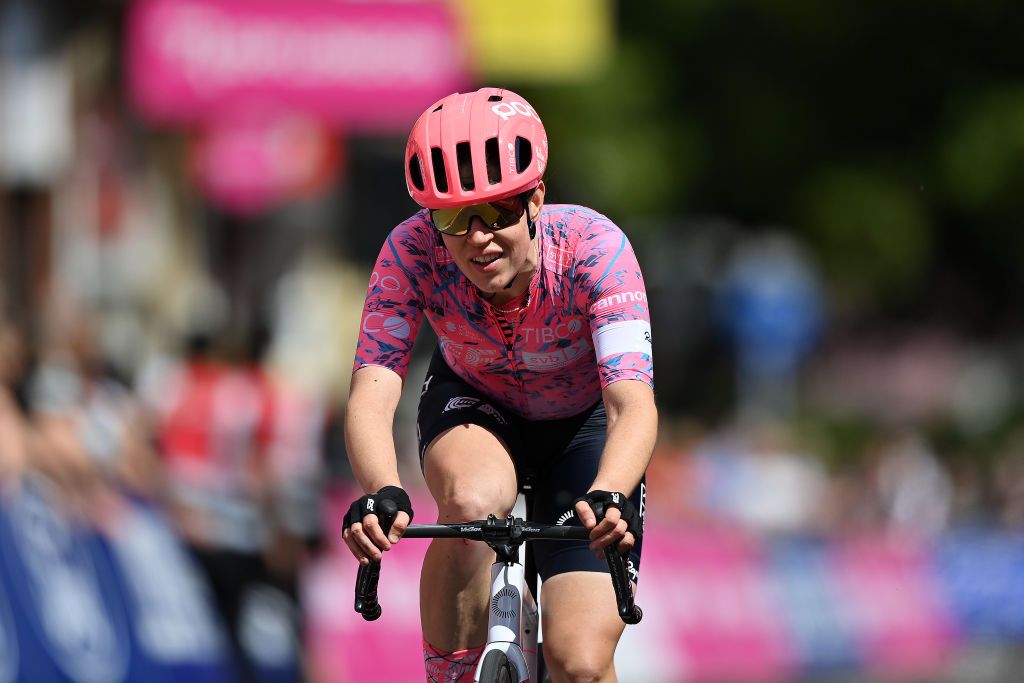 Krista Doebel-Hickok gained the second stage of the  CIC Tour Féminin Worldwide des Pyrénées on Friday and took the general race lead. The EF Training-TIBCO-SVB rider attacked from the breakaway group of 5 riders within the closing kilometres in Pau, regarded again a number of instances and crossed the road 5 seconds forward of Ricarda Bauernfeind (Canyon-SRAM). The remaining trio fought for the ultimate spot on the rostrum, Coralie Demay (St Michel-Auber93) taking third forward of Greta Marturano (High Women Fassa Bortolo) and Eri Yonamine (Human Powered Well being). The primary bunch of riders crossed the road in Pau 4:25 later, with Zoe Bäckstedt (EF Training-TIBCO-SVB) main the way in which for seventh place.It was a busy day of racing for the inaugural stage race, as 17 ladies’s groups started Friday morning with the staff time trial, gained by EF Training-TIBCO-SVB and placing Emily Newsom within the first yellow chief’s jersey. A couple of hours later the riders set off on a 75.93km hilly course round Pau for stage 1b, with 4 categorised climbs.After 45 minutes of racing, a six-rider breakaway was established that included Yonamine, Doebel-Hickok, Morgane Coston (Arkéa Professional Biking), Marturano, Bauernfeind and Demay. Erica Clevenger (Workforce USA) would make a reference to the group later, however was dropped on the third of 4 climbs together with Coston.5 riders continued to drive the tempo within the breakaway with 2.5km to go on a neighborhood ending circuit, which proved an ideal launching pad to victory for Doebel-Hickok, who final gained particular person phases on the Tour of the Gila in Might.Outcomes powered by FirstCycling (opens in new tab)